These are supposed to be done by randomly-selected citizens, but I suspect that this wasn’t very random, since I heard them talking about making me do this. That’s ok; I don’t mind. My sister says I am psychic.

Happy birthday, whenever it just was. Aries are known for being assertive. Medoc says this is a nice way to say “Pushy Ass-Hat.” But he just got in a fight with Donna so he’s in a very bad mood. Aries, try to stay out of Medoc’s way. You can come play video games with me. Aries is a fire sign. Fire is dangerous.

Please clean your room or else I predict that the entire half of a pie that’s sitting on your dresser is going to start to smell very bad, and it will attract bugs, and we will have to call the exterminator and it’s just going to be a big mess. There’s a dirty sock in the empty part of the pie pan. I saw it. That’s gross.

You should remember to take your medication. If I have to take my medication, you have to take yours, too. That’s the rule. My doctor told me “Everyone has to take their fuckin’ medication whether they think they need it or not.” I like your new hat.

I don’t know who took your purple thong. It wasn’t me or Vince. Ask Medoc (when he’s in a better mood). And yes, you DO SO look like a PowerPuff Girl on acid when you wear that skirt. Chill out. It was a joke. I think you are overreacting. I predict you will overreact again in the very near future. Would you like some medication?

If you don’t want other people to walk off with your tools, then don’t leave them sitting in the middle of the floor in the garage where cars might drive over them. I predict that you’re going to fire up the BarBQue just as soon as you find your god damned wrench to adjust the fucking gas nozzle that that psycho Zamozas fucked up last fall, god dammit. Fire is dangerous.

You are the official crepe-paper hanger-upper, for each and every party from now on, since you did such a very nice job on it for the February Bash. I predict that we will get a new ladder though, since Nilly Rambus threw the old one into the pool and no one noticed all winter and now it’s kind of rusty.

You should buy her some flowers, do that thing with your eyes, and try to find her purple thong. I predict that she will calm down eventually. She always does. In the meantime, you can come play video games with Aries and me, but only if you promise not to call him a Pushy Ass-Hat. It wasn’t his fault that she threw the really pointy shoe at you.

I predict that you will grow up to be an astronaut if you really, really want to and work very hard to learn all about astronauting. The Emperor of my planet says it’s not really that difficult. You can borrow my sister’s space ship. I will run the view screen for you and tell you some of the buttons to push, but we will have to make sure we know where the manual is because I don’t know about all the buttons.

Since it is tax time, I predict that you can dance around in the IRS office as much as you want, and even if you do get someone there to take you seriously without calling the police, they still won’t be able to find your papers again this year, because you don’t actually have any papers. They really just want you to go away. I would take them up on it. Remember how much bail was last year? (Did they ever let you write that off or not?)

I predict that you will spend a lot of time in the basement hanging over the Bunsen burner with the fumes. When you come back upstairs, Virgo could use some help with the grill. The god damned gas nozzle is all loose again, and no one knows where the fucking wrench is. I also predict that something is going to get smeared on something else and you might as well take responsibility for it right now.

I predict that you will take your medication just like the instructions say but it doesn’t work like it’s supposed to all the time, since it’s really only supposed to be a supplement to the therapy and  you have to keep up with the exercises your doctor gives you even if you’d rather play video games. Quit worrying about how many rules everyone else is breaking. Pisces only needs to worry about Pisces. 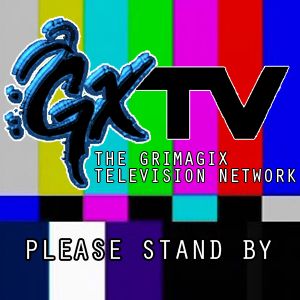